Visual Novel / Reflections on the River 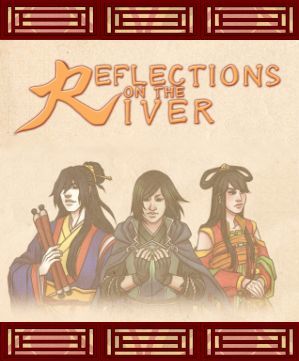 Reflections on the River is a Visual Novel.
Advertisement:

The king and queen of Nantu, although already possessed of an adopted son, wanted an heir of their own blood, and ten years ago, they sought help from a witch. They were duly granted a baby daughter, and the kingdom has known peace and prosperity ever since. The witch, however, felt cheated of proper payment, demanding the most valuable jewel in the kingdom. The game begins when, having being refused one time too many, the witch seizes one of the royal children instead. The witch — named Zheng — is the player character.

). It uses Ren'Py, and is available for Windows, Linux, and Mac. It's free on Itch.io