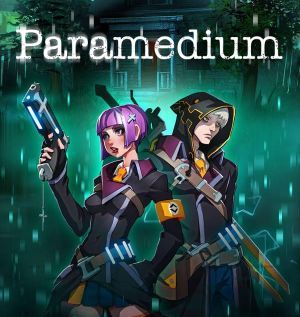 Paramedium is a series of short Visual Novels by AGL Studios.
Advertisement:

The two main characters — named Nina and Lance, by default — are junior members of the Paramedium Guild, which is responsible for dealing with supernatural disturbances such as hauntings.

There are two games so far:

Both games are available on itch.io.