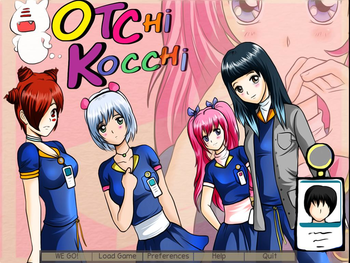 The story follows Shirou Atazuki, a dithering college student who has constantly avoided making solid life decisions, Shirou has lost his girlfriend, is suffering from flagging grades, and is at a loss at where to go with his life. Following a counselor's suggestion, he takes a part-time job in the pharmacy department at the attached teaching hospital, quickly bringing him into contact with an array of unconventional colleagues. Depending on his choices, he may continue to idly skate through his existence, or seize the opportunity to pursue a new relationship and finally take decisive control of his life.

The novel's main blog can be found here [1]