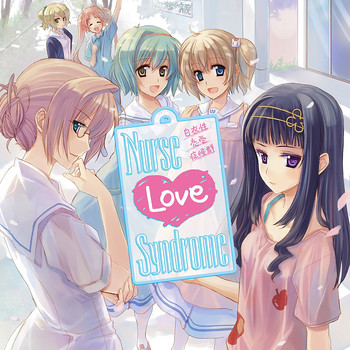 Nurse Love Syndrome is a Yuri Genre Visual Novel developed by Kogado Studio and published by Degica. It was released for the PlayStation Portable on September 29, 2011 in Japan. It got an expanded version titled RE:Therapy for the PlayStation Portable and PC on June 28, 2012, which was later remastered and released worldwide on April 18, 2019 on the Play Station Vita and PC through Steam and again on December 26, 2019 for Nintendo Switch. A physical release is available for the Switch from Limited Run Games.

Kaori Sawai is the newest member of the Yurigahama Hospital staff. As a survivor of a deadly accident from her childhood, Kaori is determined to become a nurse and help others like she herself was helped. At Yurigahama Hospital, she will encounter all sorts of characters: her upperclassman Nagisa Fujisawa, the energetic Yasuko Yamanouchi, the strict head nurse Hatsumi Otsuka, the barb-tongued patient Sayuri Sakai, the cheerful high school student Ami Asada, and the enigmatic Mayuki Wakamoto.

Nurse Love Syndrome has a sequel called Nurse Love Addiction, which takes place in the same world but has a new cast of characters and its own self-contained story.