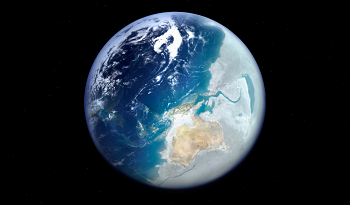 When humanity has finally bitten off more than it can chew, those who are left behind have to clean up the resulting mess. The question is.. can they? And how?

Having no other recourse in its fight against the BETA, the "Beings of Extra-Terrestrial Origin: Adversaries of the Human Race" following the failure and shutdown of Alternative Plan IV, humanity fell back to Alternative Plan V, sending off a hundred thousand of its best and brightest into space to found an exile colony, and then simultaneously-dropping G-Bombs on the BETA hives, in an effort to destroy them and wipe out the BETA swarms. The bomb strikes would have been followed by a massive, suicidal, worldwide counteroffensive... had the bombs not performed beyond expectations.

In the aftermath of "The Day", as the start date of Operation Babylon is called, the Earth is no longer what it was. The whole of the Eurasian and African continents now lie beneath the waves, while on the other side the former seabeds are now deserts of salt, expanding and encroaching upon whatever habitable land remains. Among the ruins and desolation there is only war: there is no peace nor goodwill among men, and mankind - the pitiful remnants of it - still lies divided, fighting amongst itself, whether for supremacy, or for simple survival.

Amidst all of this, the BETA - long thought eradicated along with lost Eurasia, resurface...

Written by âge's Wei Luxin, Muv-Luv Unlimited: The Day After (TDA) is an ongoing series of Visual Novels chronologically set after Muv-Luv Unlimited. It is a tale of those left behind when humanity abandoned its homeworld, and follows a new cast as they struggle to survive in a world's second After the End.

Following the successful English language release of the main trilogy on Steam, The Day After received an official English localization on February 5th, 2021.

This page assumes that you have finished Muv-Luv Unlimited. As such, spoilers from said Visual Novel will be left unmarked.

Muv-Luv Unlimited: The Day After provides examples of: