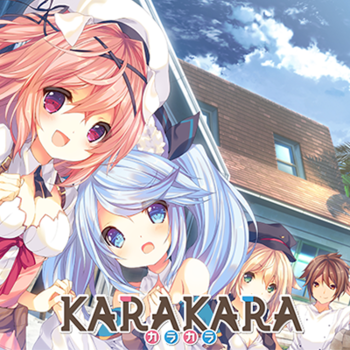 Let us live
on this land so arid.
Advertisement:

An unknown number of years ago, disaster struck humanity. What soon followed was a wave of chaos, wars, disease and terrorism leading to the End of the World as We Know It. To protect itself from the Sterility Plague, humanity began to apply genetic material from the animal kingdom onto themselves, leading to the creation of beings known as the "Others", humans with animal features. Humanity is now living in the "Age of Dusk". While the society has managed to recover, barely any documents have survived from the past and understanding of modern technology has been lost.

Leon Laird and his roommate Lucia Haynes are running a diner near the town of Sagumi Fransico in the arid deserts of the former United States. For them, the current state of the world or the events that lead up to it don't matter one bit as they are too busy running their business. While on a delivery run to they find a girl named Aisia Mayfield sleeping in the side of the road.

KARAKARA is a Visual Novel developed by calme and published by Sekai Project that was successfully funded through an Website/Indiegogo campaign. The game was released on July 27th, 2016. The sequel, KARAKARA 2 was released on November 11th, 2017.

Not to be confused with Kira-Kira.