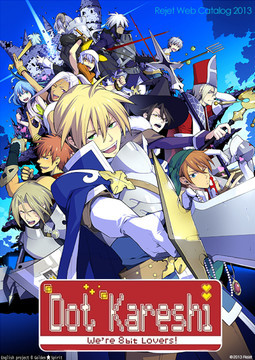 The premise revolves around You, the player and the 8bit RPG Ultimate Quest. Back when you played the game, you made some questionable decisions, were just not very good at the game in general, and haven't touched the game in a long time, and the characters both miss you and resent how much you screwed them up so much that they managed to suck you into the world of the game to see you again... Hilarity, romance, meta video game humor, Fanservice, and plenty of bawdy jokes ensue.