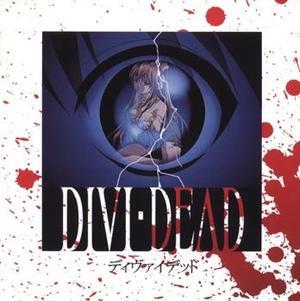 Divi-Dead is a Japanese-translated-to English 2D eroge released by C's Ware in 1998. The game falls into the category of adult horror, as it deals with supernatural and sexual topics. Some images from the game are brutally violent and strange, while others are lighthearted and erotic. It is a visual novel that involves a supernatural mystery which the protagonist must solve in order to complete the game. There are several endings offered based on the decisions you make throughout, but the clues on where you should go are few, vague, and far between. Along with True Love '95, Divi-Dead is often credited for being one of the games to start the interest in ero-games outside of Japan.

Life has been rough for Ranmaru Hibikiya. Bedridden as a child with a mysterious illness, he's had to spend most of his time alone, drugged, wondering if he would live to adulthood. Now, however, things are getting better for him. His health has improved; he only experiences the occasional seizure. Also, he's been enrolled in his uncle's distinguished institution, the Asao Private School.

Of course, this fortuitous turn isn't without a catch. His uncle, a rather mysterious man, installed Ranmaru at Asao to serve as his spy. Ranmaru begins an innocuous investigation, not really expecting to find anything important. Soon, however, he finds himself immersed in horrifying, supernatural events that could claim his life at any moment.

This eroge contains the following tropes: