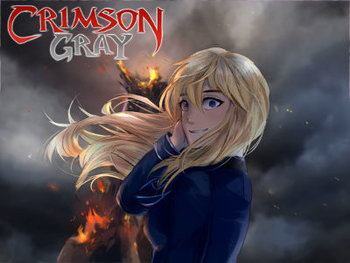 A Visual Novel by Sierra Lee, about the relationship between John, a clinically depressed boy, and Lizzie, a girl with some issues of her own.

Notable for playing most tropes dead straight. As such, the game is as much about romance and knives as it is about psychiatry, medicines, their side effects, and how our mental state shapes our vision of the world.

Despite its shortness, the game also provides a huge number of choices with actual story consequences.

. Its story is told from Lizzie's perspective, and deals with her attempting (and possibly failing) to adjust to a normal life. Tropes from this sequel will also be listed below.