Visual Novel / Be My Princess 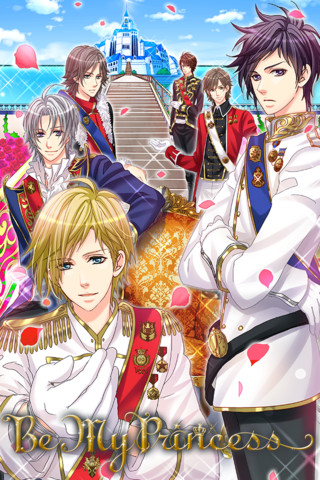 Clockwise from bottom left: Wilfred, Edward, Keith, Glenn, Roberto, and Joshua
Even if the whole world is against us, I want you to be my princess.
Advertisement:

Be My Princess is a Romance Game Visual Novel made by Voltage, Inc. for iOS and Android devices.

The story is set in a fictionalized analogue of the modern world. The player takes on the role of an ordinary young woman who, through a series of coincidences, ends up at a grand ball attended by the princes of six different nations. After one of the princes asks her to dance, her life is quickly turned upside down and she's swept up into the world of royalty. Can love work out between a normal girl and a prince, or is a romance with the heir to the throne of a nation doomed to end in heartbreak?

The original Japanese version of the game (titled Oujisama no Propose) was released in March of 2012; the English translation was released through the Apple Store and Google Play in June, and a Free-to-Play English version for the social networking service GREE was released in December with a somewhat modified storyline. A French translation, titled Seras-tu Ma Princesse?, is also available. Voltage USA released a more heavily localized version with Western-style artwork under the title A Prince's Proposal in August of 2012.

A sequel, Be My Princess 2, was released in Japan in January of 2014 and received an English-language release in May. The sequel features the grandchildren of the original cast of princes, as well as introducing two others: Prince Ivan of Sanct Sybil Kingdom and Prince Aslan from Shaharazal Kingdom.

Be My Princess includes examples of the following tropes: