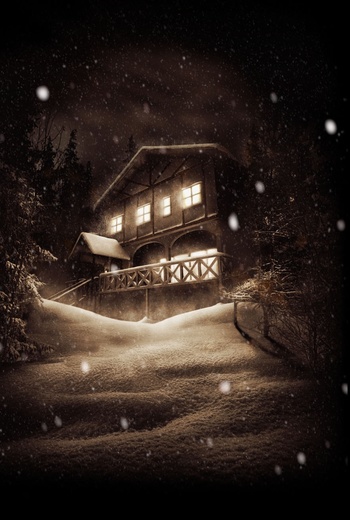 It was a dark and snowy night. When someone was killed in a lodge in Nagano.
Advertisement:

Banshee's Last Cry or known in Japanese as Kamaitachi no Yoru (かまいたちの夜 — The Night of the Sickle Weasel) is a Visual Novel franchise made by Chunsoft (now known as Spike Chunsoft) on the Super Nintendo Entertainment System in Japan on November 25, 1994. It was marketed as a sound novel, where players need to rely on the sound effects in the game to help them visualize while playing it. Due to the game's success, selling more than a million copies, it was ported to the PlayStation as Kamaitachi no Yoru Tokubetsu Hen on December 3, 1998, Game Boy Advance as Kamaitachi no Yoru ~Advance~ on June 28, 2002, on the PC has Kamaitachi no Yoru internet on July 1, 2002 and various mobile phones (J-PHONE as Kamaitachi no Yoru mini on April 1, 2002, i-mode on January 30, 2004), including Apple's iOS and the Android, the latter receiving an official English localization and release by Aksys Games. The game also included a radio drama and 2-hour TV adaptation, the latter released by the Tokyo Broadcasting System.

The game is followed by Kamaitachi no Yoru 2 and by Kamaitachi no Yoru 3. A modern take on the game, known as Kamaitachi no Yoru: Rinne Saisei, was released for the PlayStation Vita on February 16, 2017 by 5pb. Unlike the first incarnation of the game, it'll take on an actual visual novel approach with character illustrations done by G-senjou no Maou and Sharin no Kuni, Himawari no Shoujo's Alpha, and additional scenarios by Higurashi: When They Cry's Ryukishi07.

The game takes place in Nagano (For the English translation, it takes place in Whistler, British Columbia) where an ordinary college student named Tōru Yajima is invited to go to a ski lodge by Mari Kobayashi, a girl he has a crush on. The two were enjoyed their vacation when suddenly, a huge snowstorm took place. Afterwards, one of the lodge guests was killed. What makes things worse is that due to the huge snowstorm, no one can make contact to the outside world for law enforcement assistance, forcing the guests to find out who's the culprit and the person's motive before everyone is killed.

The English adaptation contains examples of: