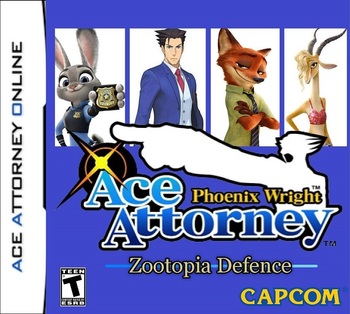 trial editor. An incident brings upcoming lawyer Phoenix Wright and famed prosecutor Miles Edgeworth to the city of Zootopia where they must navigate a culture similar and yet completely different to their own.

It is also set up as a Spiritual Sequel to Turnabout Storm.

There are five cases in the game and one bonus case after the credits.