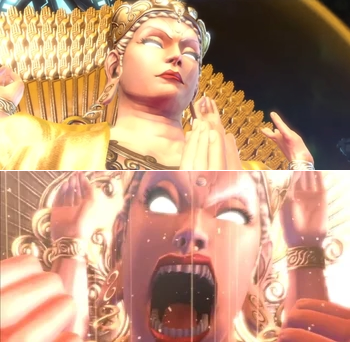 Chakravartin, before and after Asura makes a fool of him.
"I... have beaten fleets of THOUSANDS! Consumed a galaxy of FLESH AND MIND AND BONE!"
— Gravemind, Halo
Advertisement: