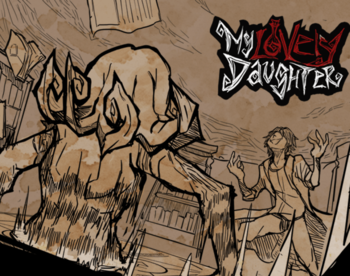 My Lovely Daughter is an alchemist simulator that explores the depth of a father’s grief and overcoming the loss of a loved one through forbidden alchemy experiments.

You are Faust, an amnesiac alchemist and father, who wakes up alone and confused only to discover that your lovely daughter has died. As you enter the first stages of grief, you do what everyone wishes they could do but can’t: bring back the dead with the power of alchemy.

To revive your daughter, you must perform forbidden alchemy experiments to restore her soul. You will have to create dozens of homunculi, raise them as if they were your own daughter, build relationships with them ... and then murder them to harvest their souls!

To support your experiments, you will also need to assign jobs to your homunculi, even sacrifice their bodies in order to sell their remnants, all to keep your income flowing and your research progressing. Perhaps, along the way, you will even recover your own memories and come to understand how this terrible situation came about.

This game contains dark and disturbing subject matters, that might not be suitable for children, or those who are easily disturbed.

A sequel, My Lovely Wife, is currently in development with a demo up on Steam.

Developed by Game Changer Studio and published by Toge Productions.

My Lovely Daughter contains examples of: