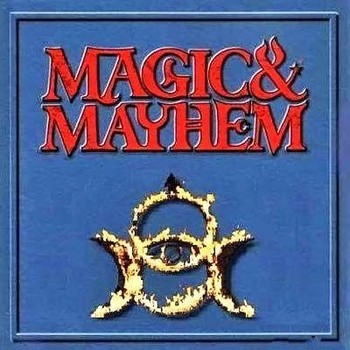 Back in 1984, Julian Gollop (later known for X-COM) created Chaos for the ZX Spectrum: a turn-based game in which up to eight wizards, controlled by humans or computers, battled against each other by summoning creatures and casting spells. In 1990, this was followed by Lords of Chaos, which added maps, independent monsters, and the ability to choose what set of spells the player took into battle.
Advertisement:

In 1998, the next game in the series was released: Magic and Mayhem. Many of the spells and game mechanics are recognisable from the earlier games, but the move to the 32-bit PC platform brought substantial improvements to all areas of the game. These included, for the first time, a single-player campaign with a scripted storyline: rookie wizard Cornelius arrives home from university to find his uncle Lucan missing, and goes in search of him. It becomes apparent that much more than Lucan's life is at stake.

A prequel, Magic and Mayhem: The Art of Magic was released in 2002, with similar game mechanics but using 3D polygon graphics rather than the isometric graphics of its predecessor.

Magic and Mayhem contains examples of the following tropes:

Magic and Mayhem: The Art of Magic also contains examples of: