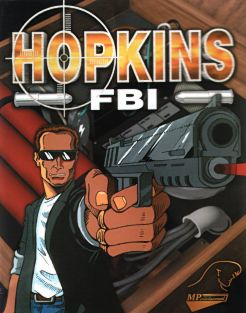 Hopkins FBI is a 1998 point and click adventure game developed by MP Entertainment and published by Cryo Interactive. The player controls J. Hopkins, an FBI agent whose fiancée, Samantha, is kidnapped by Bernie Berckson, a serial killer who escaped prison after somehow surviving his execution by electric chair.