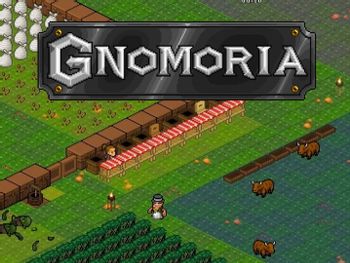 Gnomoria is an Indie Game made by Robotronic Games. In it, you guide a group of Gnomes, helping them go from living in caves and sleeping on Straw to living in a large Kingdom/Village and having a mighty Military.
Advertisement:

This game Provides Examples of the following Tropes