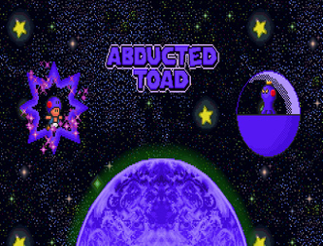 The story of the game goes like this: Toad was walking one night when all of a sudden, he was captured. When he comes to, he sees that his mushroom cap has an alien named Cappy on it. Fortunately for him, he is a friendly alien who seeks Toad's help in saving his planet from the evil King Purplius CVIII. With the powers that Cappy bestowed on him, Toad must trek through different areas on the planet and face Purplius and his army. There seems to be some things in the story that are more than meets the eye...

The game can be found on MFGG here