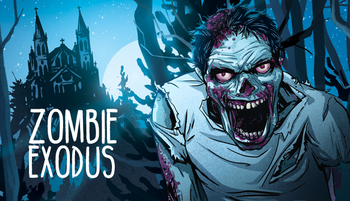 Welcome to the Cathedral.
Advertisement:

The game begins as the player character wakes up in their apartment at the beginning of the Zeta virus epidemic. From there, you must make your way across town to reach your sister, Emma, then find refuge with a group of survivors living in a cathedral on the outskirts of the city. Tensions rise as you must find a way to deal with the ever-present zombie threat, as well as the moral ambiguities you and your fellow survivors face in the following months after the initial outbreak.

The main site for the game is here

A Character Sheet is under construction here