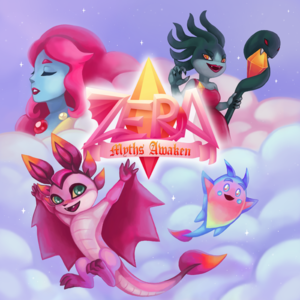 Spyro: Myths Awaken was a Spyro the Dragon Fan Game intended to act as a sequel to Spyro: Year of the Dragon. It was designed from the ground-up using PlayStation-style graphics and was well into development, however a Cease-and-Desist order in September 2018 led to the project being abandoned.

The devs were not deterred and opted to continue the project with several tweaks. This is where Zera: Myths Awaken comes in.

Zera: Myths Awaken is a Spyro-inspired 3D platformer starring an Axolotl/Bat hybrid named "Zera". Elements have been changed, such as gems becoming relics and the Guidebook becoming the Totem, but the Spyro influence is still clearly there.