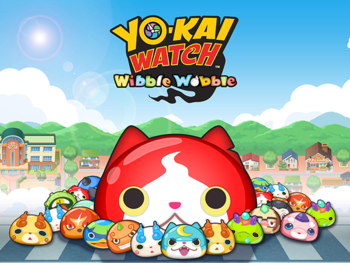 Yo-kai Watch: Wibble Wobble (Yo-kai Watch: PuniPuni in Japan) is a puzzle game created by Level-5, and its a loose adaption of the video game series of the same name.

After two years, the International version was shut down on May 31st 2018. Puni Puni is still going.