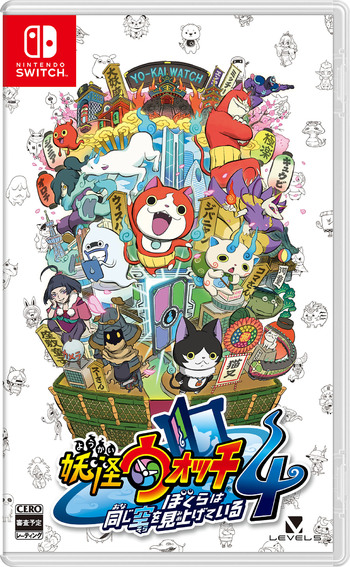 Yo-Kai Watch 4: We're Looking Up at the Same Sky (or just Yo-Kai Watch 4 for short) is the fourth title in the Yo-Kai Watch franchise. It's the first mainline title released on a home console, the Nintendo Switch.

Yo-Kai Watch 4 contains various differences from the previous games. It features an improved battle system where humans can fight alongside yo-kai and several new Tribes, amongst other changes.

The game was released for Switch in Japan in June 2019. Later that year, an enhanced version, Yo-kai Watch 4++, was released on both Switch and PlayStation 4, which includes the Switch version's DLC.