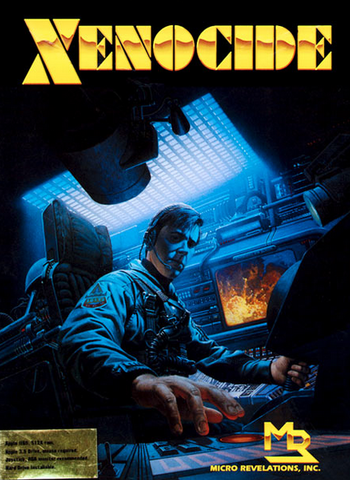 Xenocide is a Genre-Busting game released in 1987. It was published by Micro Revelations, Inc. and developed by Pangea Software, Inc.
Advertisement:

Aliens have taken over the three moons orbiting your home planet, and your mission is to blow them up (not just the aliens, but the entire moons!).

Unrelated to the final novel of the Ender's Game series by the Orson Scott Card.