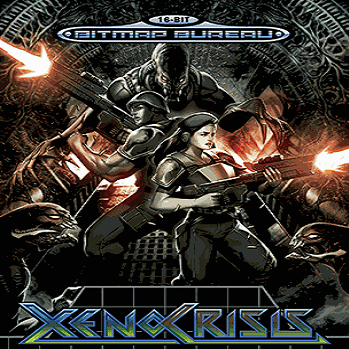 on Kickstarter and developed by Bitmap Bureau. It is set in a not-so-distant future, where a group of marines are sent out to defeat a massive incursion of mindless, insectoid aliens that now infest Outpost 88. Thus, the player blasts their way through the Outpost's seven Procedurally Generated Levels as one of these marines (two, if they play co-op.)
Advertisement:

It is notable for being a 2019 game that was made for Sega Genesis first and foremost. However, it was also released for PC through Steam and the Windows 10 Store, as well as PS4, Playstation Vita, Nintendo Switch, Xbox One, Sega Dreamcast and Neo Geo.