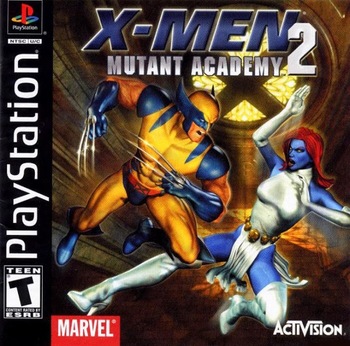 The second in the X-Men: Mutant Academy series, released on PlayStation in 2001. With no particular plot, it allowed you to play as several of the titular X-Men (and later members of the Brotherhood of Evil Mutants) and essentially beat the living daylights out of each other. Compared to the first game, there are more playable characters.