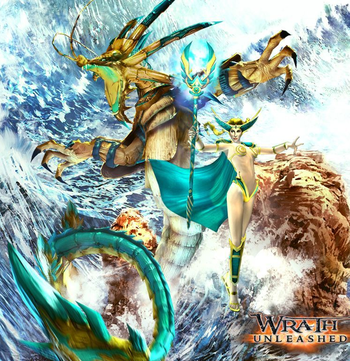 Wrath Unleashed is a hex-based strategy game for the PlayStation 2 and the Xbox made in 2004. It's a game that combines turn-based strategy with one-on-one combat, and the story follows the demigods of the four elements; Earth, Fire, Water, and Wind; as they fight against each other for dominance.

A Spiritual Successor to Archon.