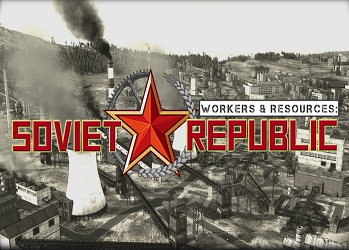 Build a thriving society! note The game itself is NOT Deliberately Monochrome.
Workers & Resources: Soviet Republic is a city building game in which you build up an Eastern European country with its planned economy. You need to manage resource extraction and manufacturing supply chains, maintain some import-export balance, and also ensure that your citizens' needs are fulfilled.
Advertisement: