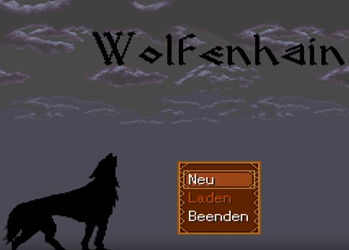 In the Viking-like world of Wolfenhain one day strange spikes are rising and set normal animals into a frenzy and some strange fog starts to rise. The Order of the golden God plans to send out some heroes under the lead of Paladin Brun but some things go not exactly as planned...

Wolfenhain is a freeware RPG Maker game, developed by the creator of Die Reise ins All. It can be downloaded here

No relation to the Wolfenstein series.

Has an extensive wiki, but so far, it's all in German.