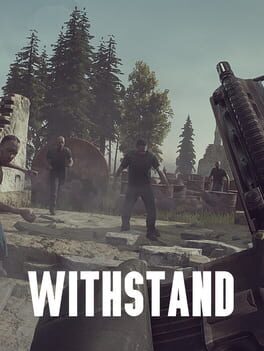 Withstand is a Survival Sandbox Video Game by Egidijus Bachur.

Howard is a journalist who's been sent to an unknown island to uncover its mysteries and investigate rumours of government experiments occurring there. Unfortunately for him, the government has already moved in, and are currently in the process of covering up this story, which obviously includes making sure no one leaves the island.

However, the truth must be told. Howard will need to explore the island, craft items, find food, and do battle against government soldiers, wildlife, infected people, and paranoid survivors to get to the bottom of this.