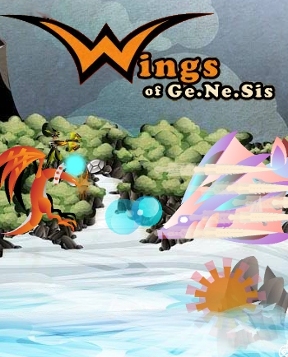 Wings of Ge.ne.sis is the sequel to the browser game Ge.ne.sis, retaining the same world, main characters and mythology, but it can't be more different from its predecessor. First of all, whereas Ge.ne.sis. was a Turn-Based Strategy game with RPG elements added, this one is a Horizontal Scrolling Shooter with RPG elements. You can play it here