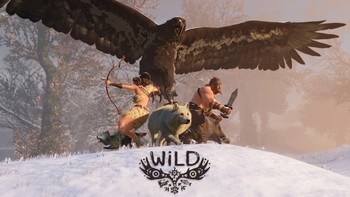 WiLD is an upcoming sandbox game exclusively for the PlayStation 4, created by Wild Sheep Studio, an offshoot of Ubisoft founded by Michel Ancel,note the creator of Rayman and Beyond Good & Evil and to be published by Sony Computer Entertainment. The game is set in a vast expanse of wilderness during the Neolithic Period between 6000 and 5000 BCE, with the player in control of a tribal shaman. Players can roam freely throughout the environment, but can also enter trance states to take control of nearby animals.

Has no relation to the 2014 film of (almost) the same name, or to the browser game Wilds.io.