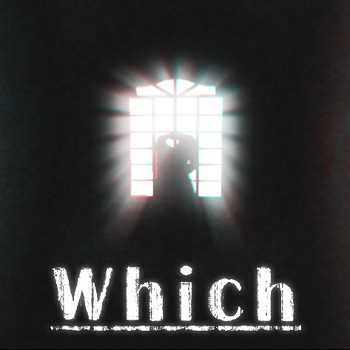 Which is a short 2010 horror game for PC, produced by the independent game developer and animator Mike Inel

. The story is simple: you are trapped inside a shadowy house and you'll have to find a way to open the door that will let you leave. However, escape is not as easy as it seems and you will soon have to make an important decision.

The quiet, eerie atmosphere and setting can be easily compared to the likes of Silent Hill 2.