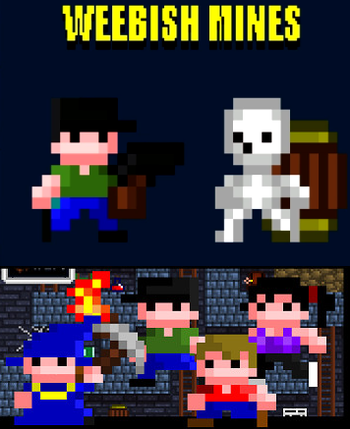 Weebish Mines is an action metroidvania game by DXF Games, released for PC in 2014. Inspired by the NES game Legacy of the Wizard, its Excuse Plot features a family of four looking for their missing pets on a large underground maze.
Advertisement:

The game had a sequel of sorts in Just a Cleric. It got an Updated Re-release on Steam on April 2017.