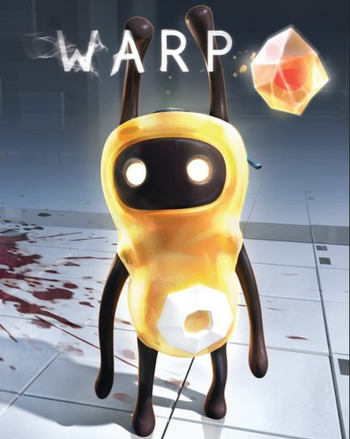 Aw, how could this critter hurt any– Wait. ...Why's there blood on the floor?
Warp is a Puzzle Platformer by Trapdoor Studios, first released for XBLA on February 15th, 2012, and then ported to PSN and PC on March 13th, 2012.
Advertisement:

In this game, players control a diminutive alien, Zero, trying to escape a research facility. Early in the plot, Zero regains its fundamental power, the ability to teleport short distances forwards. Other powers are acquired in the course of the game.