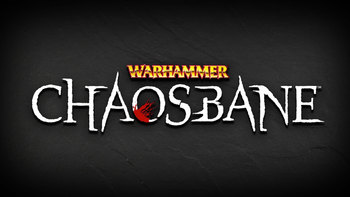 It was an age of lawlessness and despair...
Advertisement:

The game is set in the Warhammer Fantasy universe, but set 200 years before the reign of Karl Franz. Shortly after the Great War Against Chaos, the Empire of Man has enjoyed several years of peace under the reign of Emperor Magnus the Pious. However, peace never lasts, and the Forces of Chaos have once again struck against the Empire of Man. In this time of war, heroes must rise to combat the coming darkness, lest the Empire falls to the dread servants of the Dark Gods.

Players areable to take control of four heroes: Konrad Vollen (An Imperial Captain), Elontir (High Elf Archmage), Bragi Axebiter (A Dwarfen Slayer) and Elessa (Wood Elf Waywatcher). The game would later add Keela Gunnarsdottir (A Dwarf Engineer) to the lineup. Players will explore several cities of the Old World, from the then capitol-city of Nuln to the cursed city of Praag.