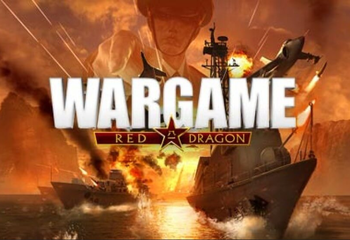 Wargame: Red Dragon is an RTS game released by Eugen Systems in 2014, the sequel to Wargame: AirLand Battle, itself a sequel to Wargame: European Escalation. This version of the game changes the setting from the European front to East Asia, and includes Chinese, Korean (of both flavours), Japanese, Australian and other forces in that sphere of influence. The gameplay is built around commanding a combined-arms force of forces from either side, choosing your arsenal from a vast array of pretty much every unit fielded by the in-game nations. The game has multiplayer matches from 1v1 to 10v10, as well as a campaign mode playable in 1v1 or versus the AI.
Advertisement:

The gameplay is similar to that of the previous game, involving ordering your units to capture territory and engage the enemy whilst managing your troops' supplies and ammunition levels, with the addition of the ability to control aircraft. As such, gaining air superiority is a vital part of winning any battle.

The main addition to this version of the game is the introduction of naval combat, although it stays more to the littoral side of things. The biggest ships available are the Japanese Kongo class destroyers for BLUFOR and the Soviet Udaloy 2 and Sovremenny class destroyers for REDFOR.

"It all comes down to the infantryman and his tropes":