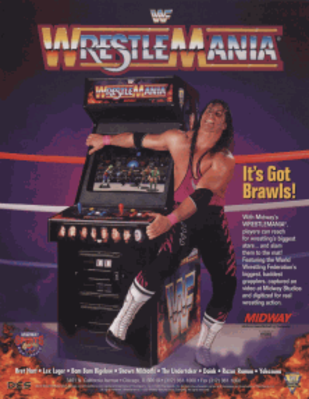 A 1995 combination Wrestling/Fighting arcade title based on WrestleMania. Developed by Midway Games, it could be seen as a mashup of Mortal Kombat's fighting style with the extreme speed and over-the-top insanity of the NBA Jam series.