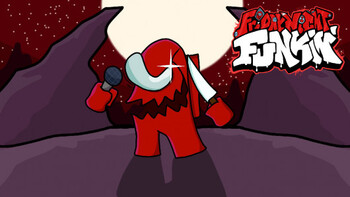 is a Friday Night Funkin' Game Mod that also is a crossover with the popular mobile game Among Us, created by Clowfoe.

Boyfriend and Girlfriend find themselves on a space station, confronted by a red "Crewmate" who vehemently denies accusations about his identity. However, things quickly escalate as he drops all pretense and goes for the kill...

Recently, a new update dropped, adding more opponents and subsequently new songs. Boyfriend now has to deal with a Green Impostor and a Black Impostor in addition the Red one.