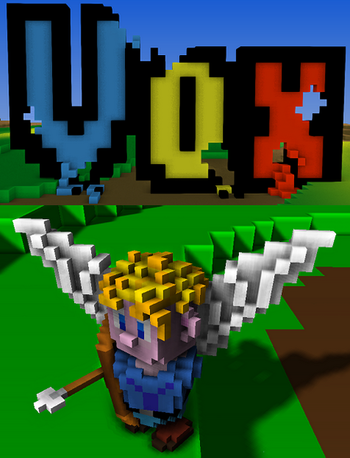 is a vaguely RPG-like block-building sandbox adventure game by AlwaysGeeky Games, currently available in a very early state on Desura and Steam. It prides itself on visual customizability - you can modify the appearance of virtually everything in the game with a built-in voxel editor.