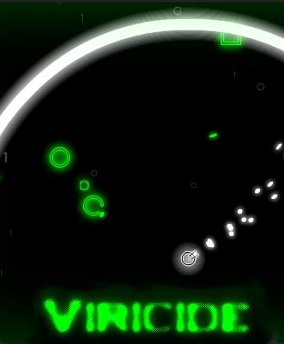 Viricide is a 2010 Adobe Flash Shoot 'em Up by Eli Piilonen, the creator of The Company of Myself and the text adventure You Find Yourself In A Room, featuring music and sound by David Carney and voice acting by Sapphire.

The player helps to clear out viruses from a chronically depressed AI named EXADI, while gradually learning more about her backstory.

It can be found at Armor Games