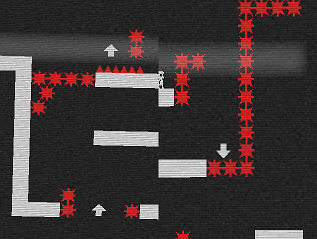 Are you listening, Burt?
I am a doctor and you have to listen to what I say.
— Doctor
Advertisement:

ViViD is a freeware PC game by the Layabouts, originally created in 2010. It's basically a Platform Game about a guy named Burt and his doctor. The doctor gives him pills and the game takes a strange turn. It can be downloaded here

In 2019, an Updated Re-release, ViViD Relapse, has entered production. It is now much larger than the original game, and consists of three episodes, of which only the first