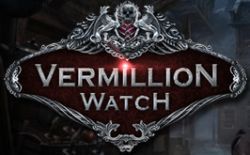 The year is 1895. Decades before, the Vermillion Watch had fought to protect England. After unspecified events in 1875, the Watch and the criminal groups of London had established a truce, known as the Moorgate Accord, and the Watch went largely inactive. But now, that truce has been broken.

Ernest Hawkes, your uncle (and, unknown to you until the start of the first game, a member of the Watch) called you to London, but before he can give the promised explanations he's killed by a massive creature. The game series follows your adventures as a member of the reactivated Vermillion Watch.

These games include examples of: