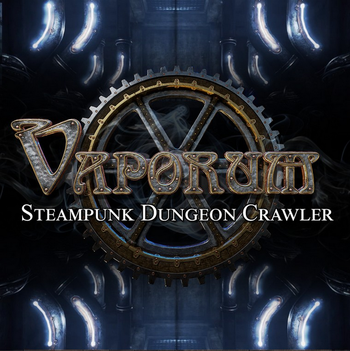 Vaporum is Dungeon Crawler game, developed for PC and released on Steam in 2017 by Fat Bot Games. Unlike most examples of the genre, it is set in the Steampunk / Dieselpunk world, on the small island in the ocean where your protagonist winds up after their ship gets wrecked, and their memory is lost. They head to the only thing of note on the island - the enormous metal tower that is the Arx Vaporum research facility. It was once a crucial top-secret object, but now it's abandoned and most of the inhabitants are hostile bots, and it's up to you to solve the mystery about this facility, and why it suddenly feels so familiar.