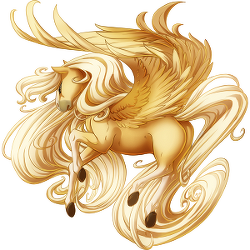 is an adoptables site that takes place in the Celestial Vale universe. Like its now-defunct sister game, it revolves around collecting and breeding pets, but it lacks the competition system and complex genetics. While Celestial Vale contained a diverse array of species, the Valley is home only to equines. Well, mostly equines

Valley of Unicorns provides examples of: