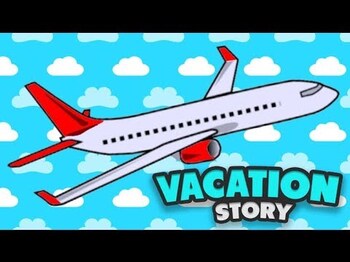 Vacation Story is a horror and survival game made on Roblox and created by MuneebParwazMP in 2020.

It's time to go on a vacation, but nothing is going right! The players are tasked with surviving the ordeal and exploring their surroundings, all while new tasks and challenges keep getting presented. The goal is to last a full day- which isn't as easy as it sounds.