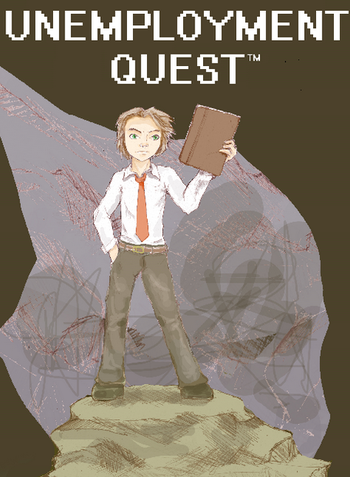 The rest of the game's graphics are default engine assets.
An RPG of non-epic proportions.
Advertisement:

Unemployment Quest is an RPG Maker game by Charles DeYoe. The game follows Chris, a young man who graduated from school a year ago, but sadly, has had no luck in finding a job. However, he has not given up the hunt.

The game was funded on Kickstarter. It was released in 2012, but soon became unavailable. It's now available as freeware on the game's website