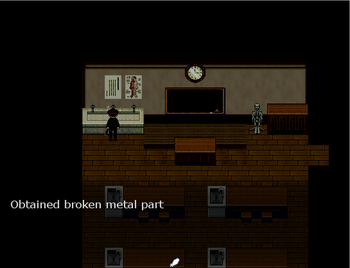 Capture the deceased one.

(獄都事変 Gokuto Jihen) is a 2015 Horror Video Game made in RPG Maker and published by rinnedou.

You play as a underworld escort called Kirishima, who is given one task; go to an abandoned school and capture "the deceased one". Naturally, it isn't an easy task.

Currently has a manga and another game called FILAMENT