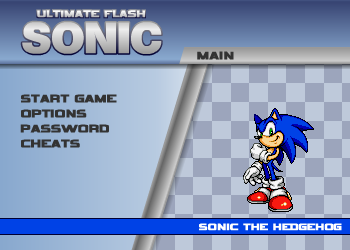 Ultimate Flash Sonic is an Adobe Flash game by Dennis Gid released in 2004. It is a fan game platformer based on Sonic the Hedgehog, specifically the first two games in the Sonic Advance Trilogy. You have to control Sonic or one of the other playable characters and reach the goal of each stage. While the game does not deviate from the work it's inspired by that much, it was a rather impressive and authentic passion project for the time (which is why Dennis put the word Ultimate in the title), even if there are only two zones playable.