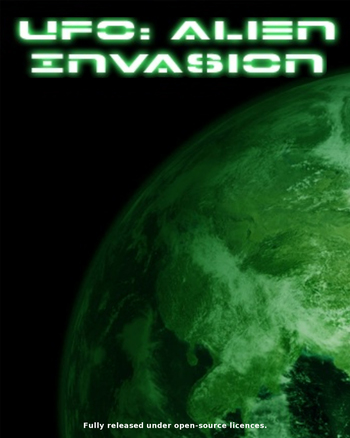 Ancient equipment is dusted off, some of it more than a century old, and the long-defunct anti-extraterrestrial agency of the former United States — PHALANX — is resurrected under a new UN banner. Its sworn duty is to combat the alien threat, and to ensure the survival of the human race at all costs.
Funded by all eight of the political powers, and drawing its soldiers from the elite of their armies, PHALANX is the best of the best. It is Earth's first and only line of defence. It can't afford to fail; because if it does, humanity doesn't stand a chance.
Advertisement:

is a Quake II engine-based open source freeware strategy game that is effectively a direct remake of X-COM: UFO Defense, though it adds several new mechanics, changes up many of the old ones, and adds a completely new (and really rather good) story. The current release version as of this writing is 2.5, released in late June 2014.