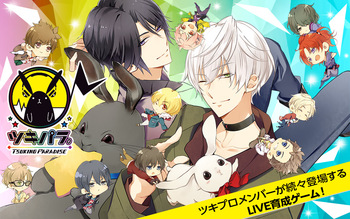 Tsukino Paradise is the mobile Rhythm Game of the Tsukipro franchise, featuring the idols of the Tsukiuta, SQ, Alive, and Gekidan Altair series.